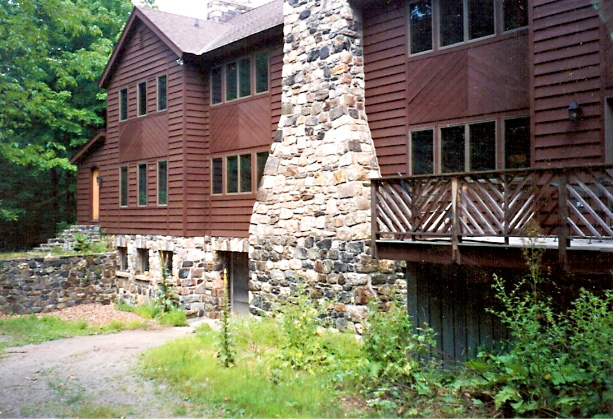 A fellow called me from California who said he had inherited some property in Northern Westchester County with the remains of what had once been his family’s weekend retreat.

The house he remembered as a child had burned down to the foundation – the only things standing were three enormous stone chimneys and the foundation that was built into the hill but had access for a garage at the lower level of the south side. It apparently had been very rustic and though he didn’t want to rebuild the exact same house, he did want to replicate its character.

PHOTO: The character of the house replicated as I understood it from the client’s description. Note that the foundation, the retaining walls, and the massive stone chimneys withstood the heat of the fire that burned everything else. 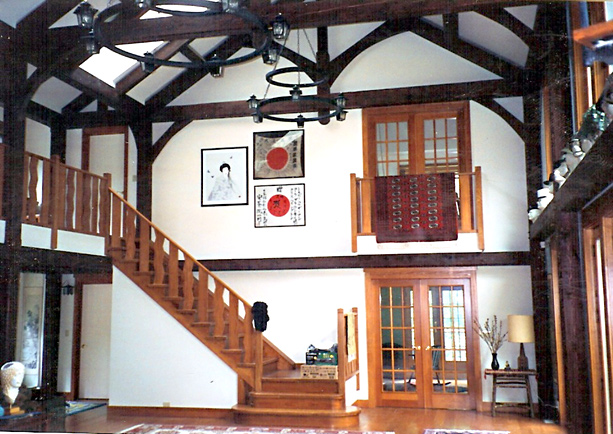 The entire footprint of the house was determined by the existing foundation and the stone chimneys that survived the fire intact.